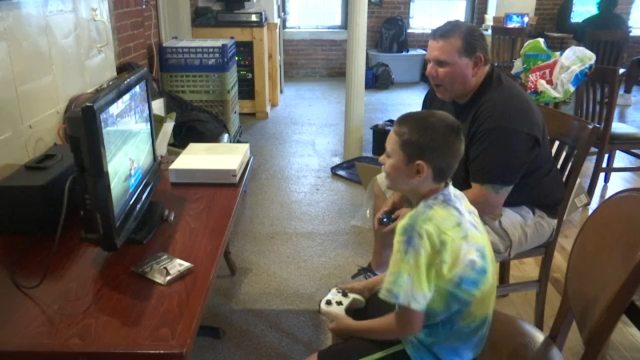 On July 20th, Tecmoers gathered at Mahoney’s Irish Pub in Poughkeepsie, NY to raise awareness of Guillain-Barré syndrome — a disorder where the body attacks the nervous system. Young resident Brayden Post was diagnosed, and the Tecmo community stepped in.  Proceeds from entry and raffle prizes went to the GBS Foundation.

There was plenty of Tecmo to be had on the day with a lot of competitive matchups. Matt D was champion on the day, defeating Brian R in the finals, with Kevin S defeating Leif P in the third place matchup.  Thanks go to Patrick Blanchard for putting together the event.